The party meets at a pancake breakfast held by the church of Feronia, where they are quietly requested by the priest to investigate a newly opened crack in the side of a local hill. It was once known to have housed a necromancer, but many decades prior the necromancer had been taken care of. The party does well- navigating the necromancer's old laboratory and defeating undead who have been resting in this darkness for decades. They face off against a pair of skeletons, one a caster and the other big and strong.

When they return to Esterlam, they find the priest to return the necromancer's gear, but something about his behavior is strange. In the sunset, his disguise fades and he is revealed to also be undead. The party quickly dispatches him and contact the other members of his faith, to see if they knew. Only one kind of knew, but chose not to see the warning signs because she was simply happy to see her friend again.

After proper rewards were given to the party from the town, they choose to leave when they see the young teen boy Shia Lun who had asked one of the party for a fortune. He seemed as if he were ready to do something reckless, so the fortune teller hires Shia and the boy tells the party that he's worried his brother is in with a bad crowd. The group recruits a paladin before accepting this work.

His brother does turn out to be in a bad crowd, namely a cult spilling copious amounts of blood to try to revive a gargantuan devil. The party rescues him, finding Kender Lun chained up in a prison cell. They also meet another dedicated knight, a tiefling known as Iko who has dedicated his life to preventing his father's return. He and the party take on the cult, fighting the crowd as the leader chants and makes sacrifices. The leader is only stopped after the last sacrifice, triggering the devil's revival. The party escapes the underground complex as it quakes and the fleshy walls shift.

The devil revitalizes as they are expelled. It turns out that one of the party's member's summon Leviathan spilled the most blood, so in thanks the devil Kharkrazh offers him a wish. The summoner Wilfred tells Leviathan to ask for power, and then Leviathan makes his wish. Kharkrazh laughs, snaps his fingers, and disappears.

The party returns to town, rescued boys in tow with Iko traveling alongside them. The group then begin scoping for their next job, and some get it in their heads that they wish to free the town from the tyranny of the warhawk magistrate Sir Jaan d'Vontuur. They ask the townsfolk about the structure of the region and learn a little about the regional politics- Lamstatt is full of humanfolk looking to settle the territory, start a new life, or get away from the city. The kingdom of Kliegrer is more than happy to let them do as they want, but in the past two years the townsfolk have seen a sharp increase in the tax they owe, and a stark reduction of any government aid they expected to gain from living in Lamstatt. The party resolves to take this issue to the front gates, though they remain split on if they should diplomatise or just straight up steal from the fort.

The knight Laminus talks to the gatesman, explaining that there have been complaints from the townsfolk about some enacted policies. The guard captain Sarah listens to him and wheels the conversation in circles, actively trying to discourage him and his entourage from proceeding further. He persists, like any decent knight would, until she relents and gives him an invite for the ball that night. At the least, he could make an informal appeal to the Magistrate and further talk could happen from there- so long as he also advocated for the castle guards. 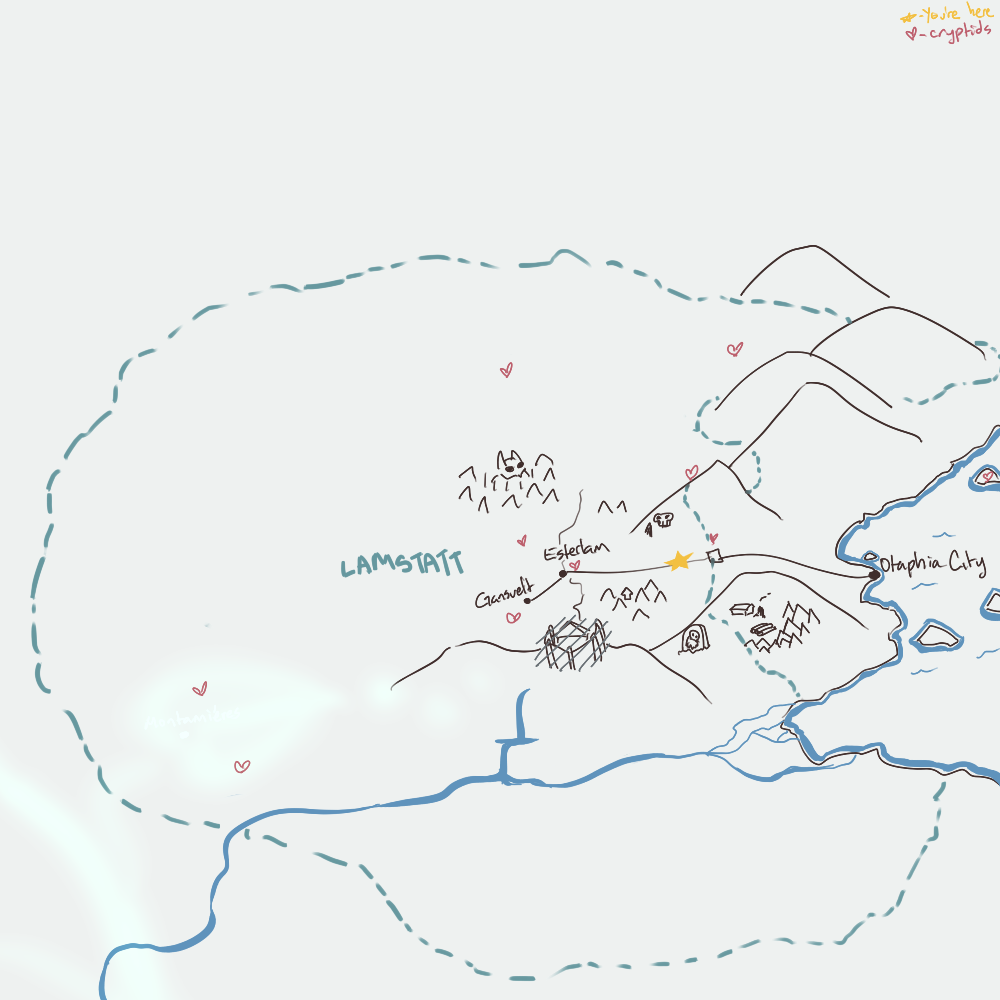