Monster of the Week: Youngstown 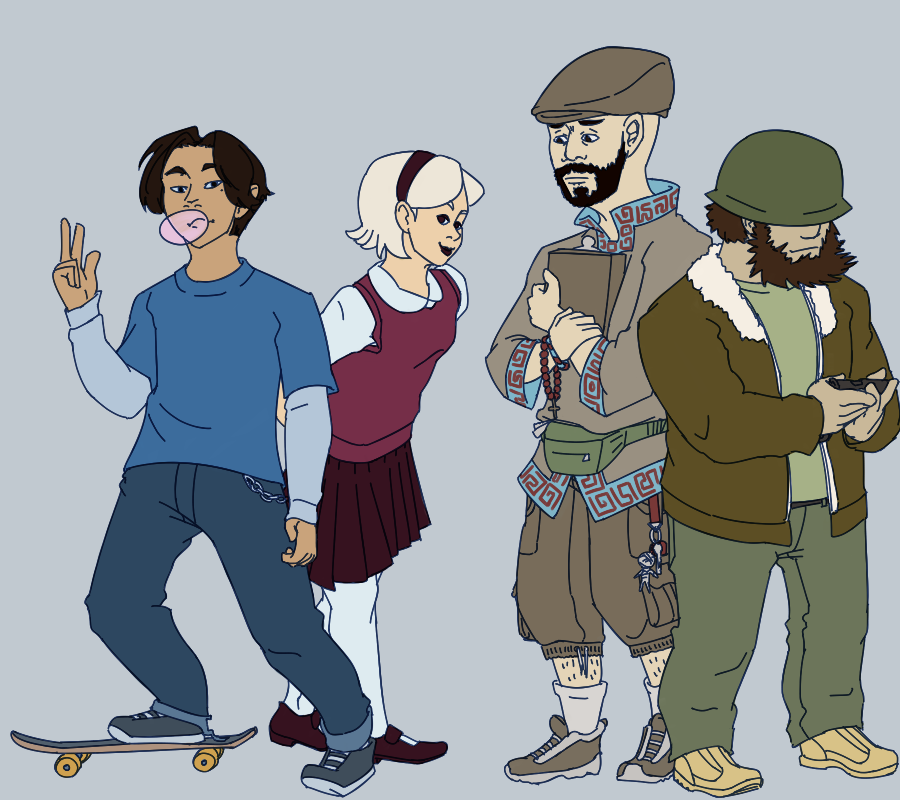 In the urban decay of nineties-era Youngstown, Ohio, we follow an unlikely group of hunters who set their differences aside to save their home. Shown from left to right: Dakota Whitney, a college sophomore with a dangerous secret; Sabrina Spellman, a teen witch of Satan with growing pains; Andel, a middle-aged Czech cultist who left for America during the Communist era to freely practice; and Dustin, a vagrant veteran turned monster hunter after a traumatic event in the jungles of Vietnam.